In this genre-bending sci-fi thriller, layered with dark humor and suspenseful mysteries, a 7-year-old girl named Chloe (LEXY KOLKER) grows up locked in an abandoned house, dreaming of the world outside and what it might be like to have a mother. Chloe’s disturbed father (EMILE HIRSCH) warns her that if she ever goes outside, “the bad guys” will kill them both. Plagued by horrific intruders who materialize in her closet and tempted to explore outside by the mysterious Mr. Snowcone (BRUCE DERN), Chloe eventually finds the courage to escape. But she discovers that her father wasn’t lying… now she must follow Mr. Snowcone on a journey of family, freedom, and revenge.

Chloe’s world is both strangely different and disturbingly similar to our own — the obsessive and deadly pursuit of “freaks” is the ultimate extension of our world’s all-too-familiar xenophobia . But as Chloe learns dark secrets in her quest for motherly love, we become more and more unsure whether she will be killed by the bad people outside, or become one herself.

FREAKS has already received praise from Variety and The Hollywood Reporter among others. 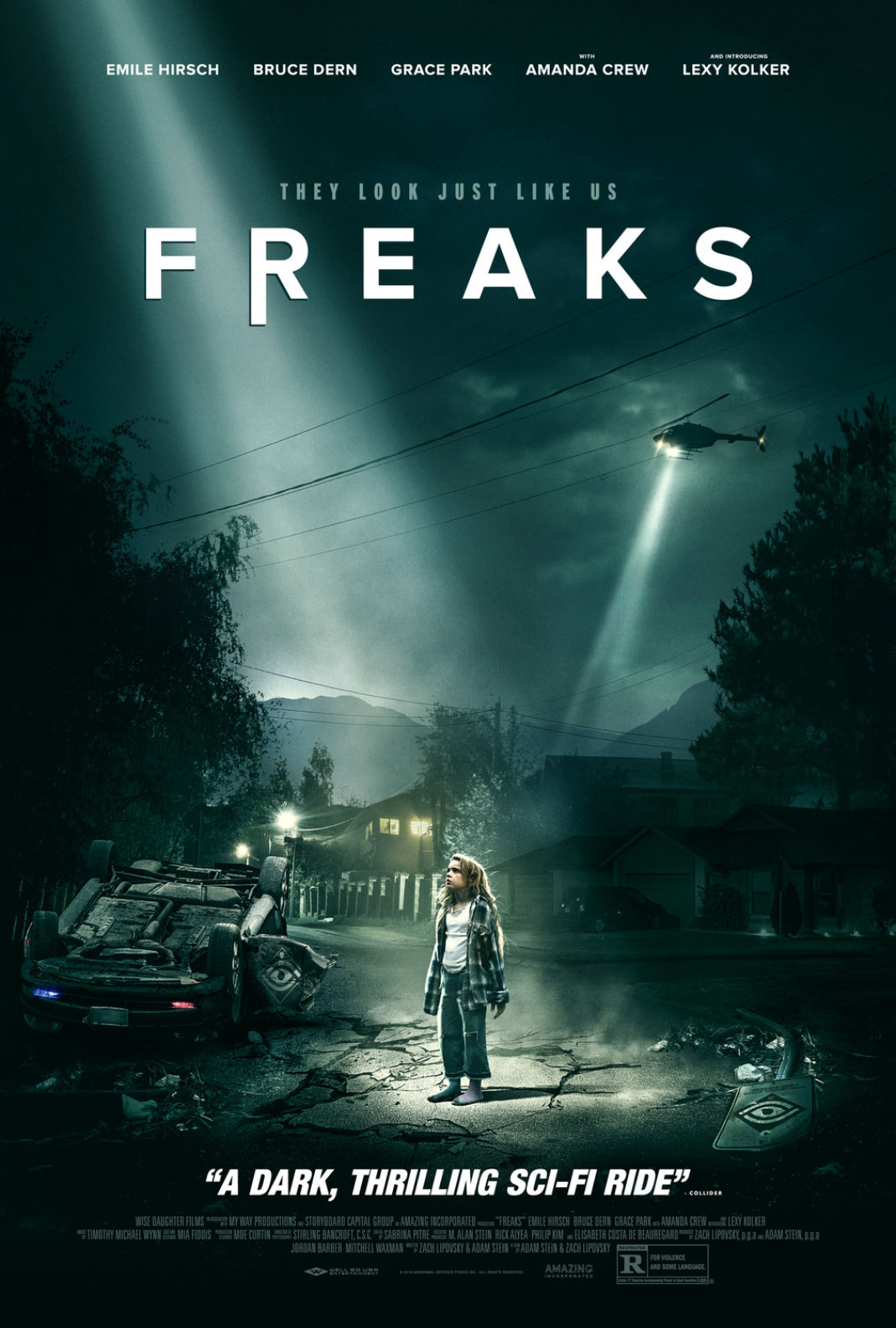