President of Global Sales and Distribution

Elisabeth founded Storyboard Media with her partner, Philip Kim, as a production, finance and global sales company in late 2017.  Out the gate, Storyboard Media helped produce FREAKS starring Emile Hirsch and Bruce Dern which premiered at TIFF 2018 and sold well to the world. Additionally the company has been involved in films such as 20th Century Fox’s German horror film, HEILSTATTEN , which did close to $5 million in global markets as well as has produced the $30 million budgeted THE COMEBACK TRAIL starring Robert De Niro, Morgan Freeman and Tommy Lee Jones, that sold strongly at AFM 2019, and ARKANSAS – starring Liam Hemsworth, Vince Vaughn, John Malkovich and Michael Kenneth Williams, which was set to premiere at SXSW 2020.

Serving as President of Global Sales and Distribution, Elisabeth is focused on acquisitions, production and strategic licensing of independent films in the foreign and US markets. Previously, Elisabeth was at AMBI and helped advance sales of RUPTURE starring Noomi Rapace, THIS BEAUTIFUL FANTASTIC starring Tom Wilkinson and Jessica Brown Findley, ARCTIC DOGS, a large budget animation, and sales of the 400 title Exclusive library comprising of the Icon, New Market and Sparta libraries. She helped shepherd the Keanu Reeves and Lily Collins film “TO THE BONE which sold for top dollar at Sundance 2017 to Netflix, along with the romantic comedy BASMATI BLUES starring Brie Larson. Elisabeth aided in the planning of the AMBI UK office as well as brought in strategic partnerships from Korea and China.

Prior to working at Voltage, she worked at Lakeshore Entertainment for close to 14 years where in her last three years, served as head of Lakeshore International overseeing Theatrical sales of Lakeshore’s high profile features (FAME, RUNAWAY BRIDE & AUTUMN IN NY) and helped launch films grossing over $100 million dollars worldwide such as the UNDERWORLD Franchise and 4 time Academy Award winner, MILLION DOLLAR BABY.   Elisabeth also oversaw sales on Lakeshore’s 250 film library in addition to representing the Hearst International TV catalogue with over 500 hours of TV programming and series.

Elisabeth has served on the Board and the Executive Board of IFTA and remains very active with the trade organization. She values philanthropy and is a member of the Creative Coalition, Women In Film, Children To Love, Aviva, Hearts 4 Mercy,  and on the Advisory Board of the Anti-Poaching Animal Rights Organization, STOP POACHING NOW!, and is a graduate of Occidental College. Born in France and raised in New York City, she resides in Los Angeles. 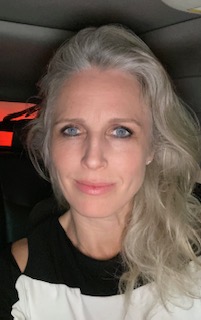