Patrick works as the Head of Production at Storyboard Media, LLC where he focuses on the development, packaging, financing and physical production of the company’s feature films.

Starting in 2012, Patrick worked as a Producer and Director of Development at MPOWER Pictures, a production company headed by renowned film producer, Steve McEveety, whose credits include BRAVEHEART, PASSION OF THE CHRIST, and THE STONING OF SORAYA M. At Mpower, he was actively involved in the development and production of the company’s feature films and documentaries.

In 2014, he produced ENTERTAINMENT, directed by Rick Alverson with a cast that included John C. Riley, Michael Cera, and Tye Sheridan. The film was an official selection at Sundance Film Festival. Magnolia Pictures released it in 2015.

In 2015, he also produced the company’s feature MAN DOWN, directed by Dito Montiel with a cast that includes Shia Labeouf, Kate Mara, Jai Courtney and Gary Oldman. The film premiered at Venice Film Festival and Toronto Film Festival and was released by Lionsgate in 2016.

In 2018, he produced THE DEVIL HAS A NAME directed by Edward James Olmos starring Martin Sheen, Alfred Molina, Pablo Schreiber, David Straithairn, Kate Bosworth, and Haley Joel Osment. The film will be released in 2020.

In 2018 Patrick also produced ARKANSAS directed by Clark Duke starring Liam Hemsworth, Vince Vaughn, John Malkovich and Michael Kenneth Williams. It was an official selection at South By Southwest Film Festival and will be released May 2020. 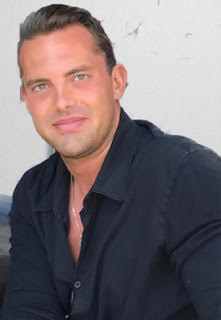